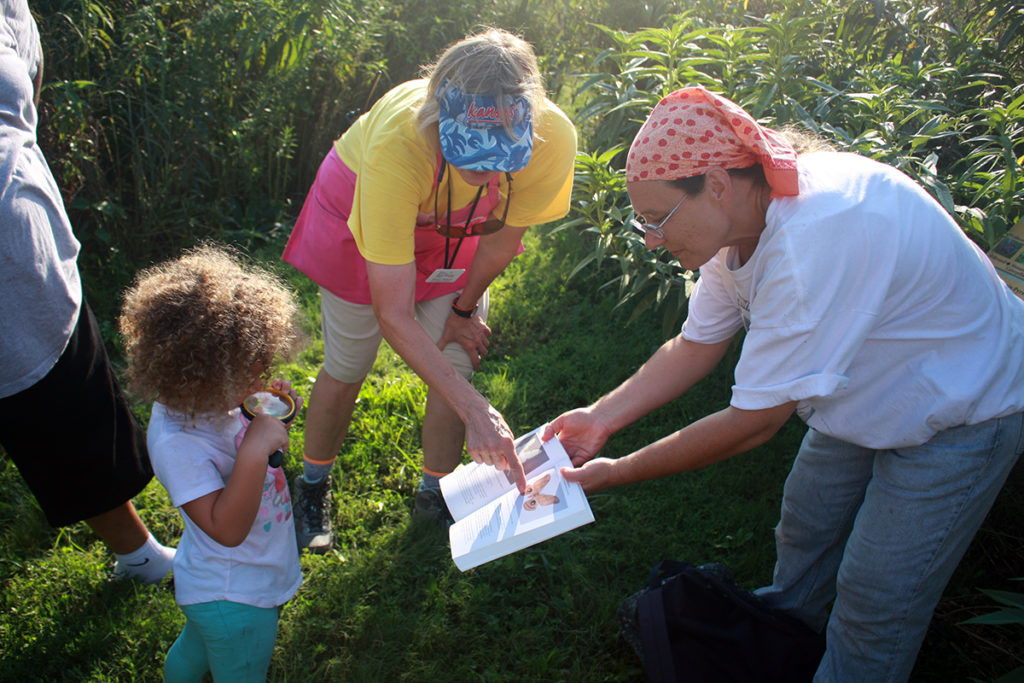 Prairie land, at one time the world’s largest ecosystem, once sprawled across North America.

An ocean of grass stretched from the Rocky Mountains to the Mississippi River, with a complex ecosystem that was equally as vast.

Today, the 170 million-acre span that was once tallgrass prairie has dwindled down to an estimated 4% of its original territory, with the largest remaining unplowed area made up of the Flint Hills – a region stretching from Nebraska to Oklahoma, with Kansas smack dab in the middle.

The Discovery Center’s prairie sees a wide variety of wildlife, including pollinators such as monarch butterflies, native bees and hummingbirds, as well as various types of birds, turtles, toads, lizards and small mammals such as rabbits.

The Discovery Center regularly burns the prairie. Burns are a natural process for helping control unwanted plant growth, called fuel, from invasive species such as bush honeysuckle or tree saplings, along with fertilizing the soil and promoting regeneration and species diversity. It also opens up space with the taller plants out of the way for sunlight to hit the smaller vegetation as it takes root. Some seeds only germinate under the presence of fire and other disturbances.

Vivien Smith, the Discovery Center’s volunteer prairie manager, said she plans to plant more pollinator species after the burn to help attract butterflies and other pollinators to the area.

In addition to its prairie area, the Discovery Center encourages outdoor play for all children and includes 4.5 acres of outdoor space available for play. The outdoor play area has earned national recognition as a Certified Nature Explore Classroom from the Nature Explore program and includes a treehouse, pirate ship, bikes and trikes, a pond and stream, child-friendly zipline, music garden, texture kitchen, rock climbing area and other fun play spaces.

Value of the tallgrass prairie 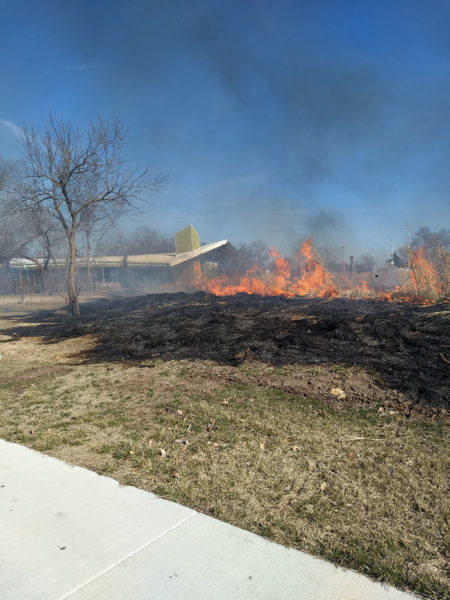 Native animals to the tallgrass prairie ecosystem include hundreds of species of birds, though they have seen a massive decline in population in recent years, as well as dozens of species of reptiles, amphibians and mammals. Native mammals to the system include white-tailed deer, American bison, prairie dogs, white-tailed jackrabbits, red foxes and North American badgers. Pronghorn antelope, elk, black bears and mountain lions are also considered native to the ecosystem, though they are locally extirpated – forced out by human presence and overhunting. The black-footed ferret, an endangered species, is another indigenous mammal to the tallgrass prairie. Some of the native plants species that grow in the tallgrass prairie ecosystem include big bluestem and different kinds of milkweed such as butterfly weed, as well as white and purple prairie clover, annual sunflowers, buffalo grass, wild indigo, asters, golden rods and wild bergamot, also known as beebalm.

Bird species such as burrowing owls, red-tailed hawks and greater prairie chickens also called the tallgrass prairie home, as do reptiles and amphibians such as the Texas horned lizard, bullsnake and great plains toad.

More those looking to get an even more close-up look at some of the prairie’s native critters, the Topeka Zoo houses a variety of prairie reptile species, including a western hognose snake, prairie kingsnake, ornate box turtle, 3-toed box turtle, corn snake and black rat snake, according to Rachael Rost, the zoo’s education program manager.

Other prairie species the zoo has on hand include a Virginia opossum and striped skunk, as well as a turkey vulture, screech owl, Great Horned owl and a red-tail hawk named Dane, pictured above.

Native prairie grass habitats take three years to fully establish. In 2014, our Native Tallgrass Prairie Restoration became three years old and we began annual burns of the prairie. Burning the native grasses is proper maintenance. It ensures the growth of the tallgrass, while removing foreign plants and weeds.    Prairies thrive amid drought, fire and grazing due to root systems that are up to fifteen feet long! 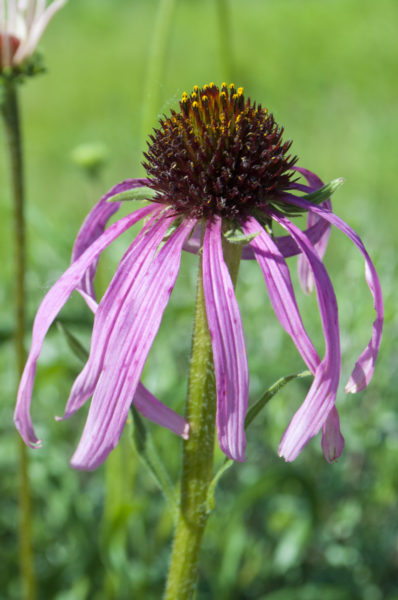 We invite you to walk through the prairie, view the natural habitat of many native animals and birds, enjoy the butterflies, and see how many different wildflowers you can see. The prairie is open to visitors to explore, and since it's outside the museum grounds, admission is not required.

Farai Harreld leading program to help get kids playing outside, learning in nature

What’s Growing in the Prairie?

Red-tailed Hawk Hanging Out in the Outdoor Classroom

Very Hungry Caterpillars in the Milkweed