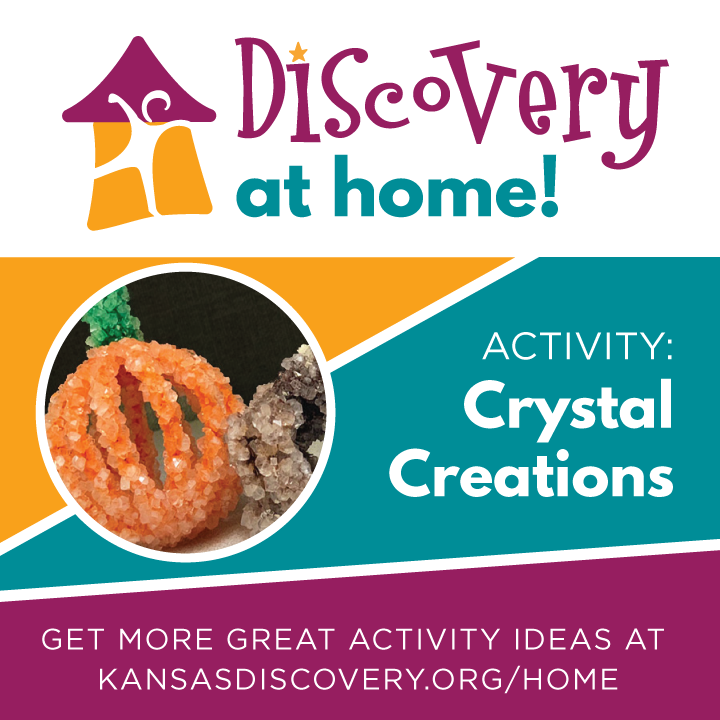 It is officially spooky season! We’ve got a fun and easy way for you to create some cool crystal creations! You can decorate your home, or give your creations to your friends and family as cool spooky-themed gifts.

Here’s what you need: 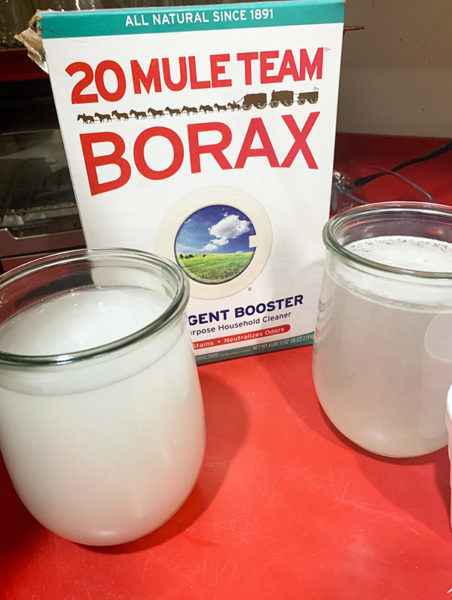 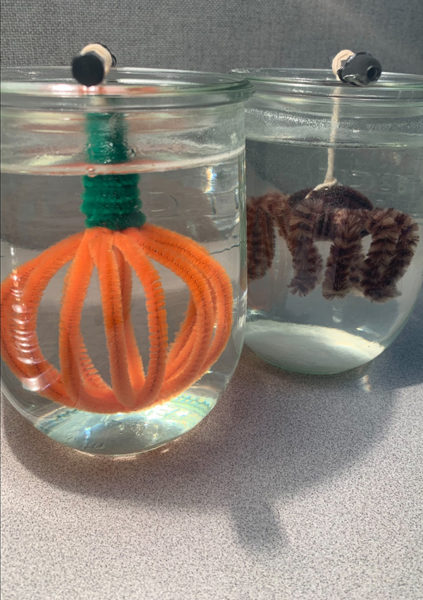 Here are the answers to some questions you might have after doing this experiment:

Q: Why did we use borax?
Borax, or sodium borate, is extremely versatile and is used in numerous products, including cosmetics, laundry detergent, enamel glazes, fiberglass, and insecticide. It is also used for crafts and science experiments like this one!

Powdered borax is made up of tiny soft crystals. Powdered borax is partially soluble, meaning it dissolves in water. Borax is more soluble in hot water than in cold water, which is why we mixed the borax with boiling water.

Q: What caused the crystals to form?
When the borax is mixed into the boiling water, it dissolves. However, as the water begins to cool, the borax becomes less soluble, causing it to separate from the water.

When the borax separates from the water, it moves around looking for a boundary, or a place to land. When it finds a boundary, it accumulates as the water cools. This accumulation continues over time.

As the dissolved soft crystals continue to move toward a boundary, they form larger hard crystals on the pipe cleaner. The accumulation of the borax on the boundaries is an example of a process called sedimentation. 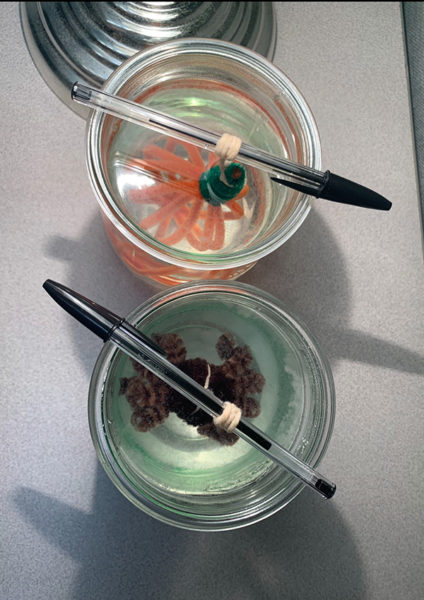 Q: Why didn’t the crystals need dye?
The crystals are opaque, so you can use any color pipe cleaner to be creative and make whatever you can imagine. Keep it simple-no dye required! 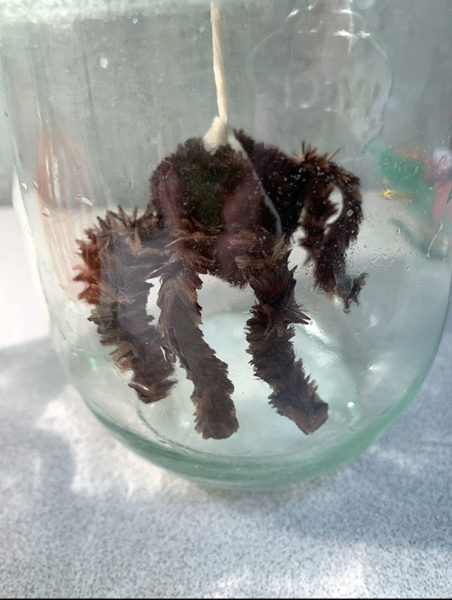 The first time we did this, it didn't work! It's true. Check out the picture above for our wet, but not crystal-covered spider.

It's okay! Failure is an important part of the scientific process! The first time we tried the experiment, crystals did not form. If your crystals don’t form, you may need to troubleshoot. There were a few key mistakes that we made sure to correct on our next attempt. 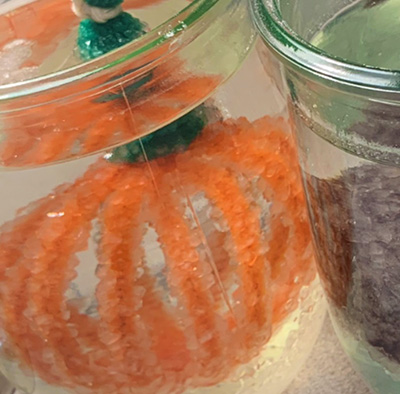 We made a spider and a pumpkin. What other spooky-themed creatures can you create? Here are some more ideas:

Have fun showing off your cool crystal creations! These homemade decorations are sure to make any space look spook-tacular!

Discovery at Home: 12 Tips for More Meaningful (and fun!) Virtual Visits with Children

Tree Pose on the Move: Discovery at Home Kids and Family Yoga with Kathy Damron

Make a Mask for a Friend: Discovery at Home

Hot vs Cold: Discovery at Home

Making a Flipbook : Discovery at Home