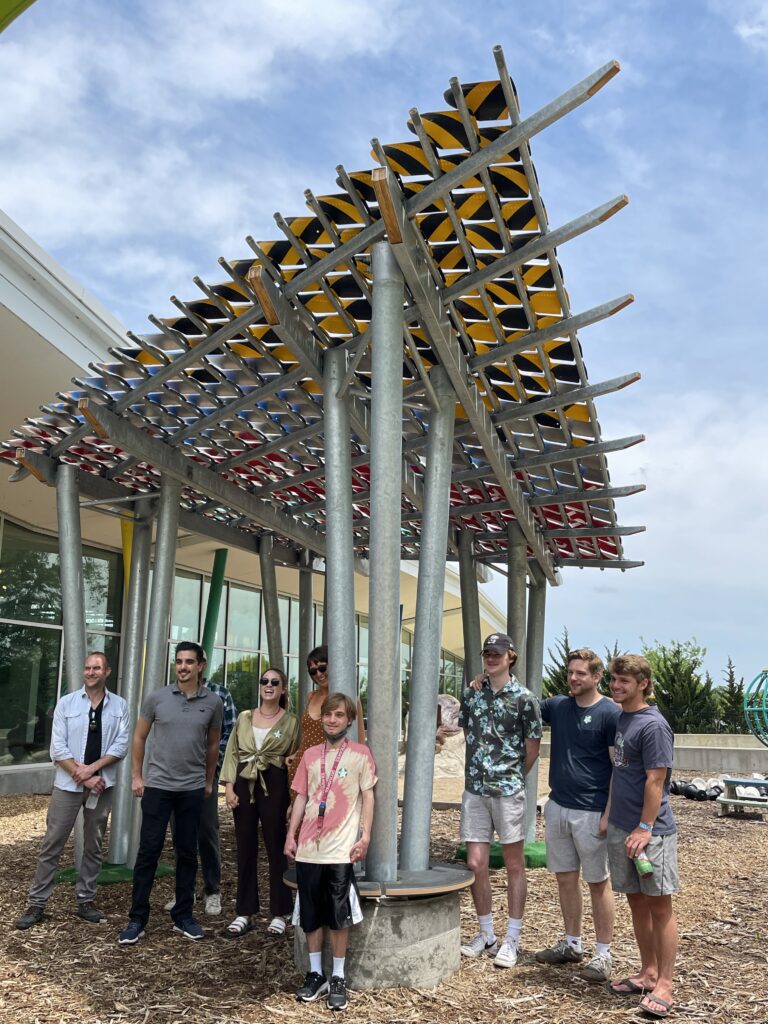 The Kansas Children’s Discovery Center is throwing a little shade at its guests in 2022.

That’s because the Discovery Center on Friday, May 13, unveiled a new, scaly roof on its Reptilian Pavilion that offers a cool place to play during the summer. The project began in 2020, with students from the University of Kansas School of Architecture and Design starting to design the pavilion. Construction began during spring 2021 with the base structure, and was then completed this spring by eight KU architecture students and presented to the public during an informal open house.

The student volunteers originally planned to use terra cotta tiles for the roof, according to KU associate professor Keith Van de Riet, but decided to instead go with recycled, aluminum traffic signs that were shaped to look like scales by the students. Van de Riet oversaw the project, as well as the New Years Pavilion that was constructed by another group of KU architecture students and unveiled in February 2022. 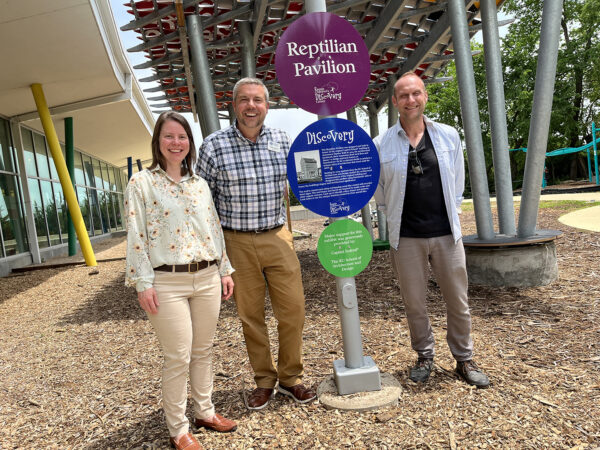 “It’s reptilian, so they came up with the scaly thing,” Van de Riet said. “They wanted it to be three-dimensional. They had a top and a bottom tile at one point that doubled the number of tiles and we ultimately engineered that out.”

Van de Riet said they created more than 500 aluminum tiles but only ended up using about 460 to create the scaly surface.

“Once we acquired all the flat street signs, we started drawing and laying them out and it was just a process of chopping, refining and then curling it on a roller,” Van de Riet said. “Then they’d reflatten the edge where it was attached and it was ready. Plus they had to sand the silver part to even it out. The ones that were facing up ended up getting sandblasted because the sanding didn’t kill the glare for us.”

The Reptilian Pavilion was designed and built in honor of the original Capitol Federal building in downtown Topeka. Built in 1924, the architectural landmark drew inspiration from local flora and fauna — a design approach known as biomimicry — in the sculptural details to produce a unique piece of architecture that stood until the 1960s. Starting in 2019, students from the KU School of Architecture and Design studied the architectural ornamentation of the original building before they designed this pavilion in 2020 using biomimetic style to honor the building’s legacy and architectural significance.

Three groups of students worked on the project at different stages throughout the pandemic. The students who worked on this project were: 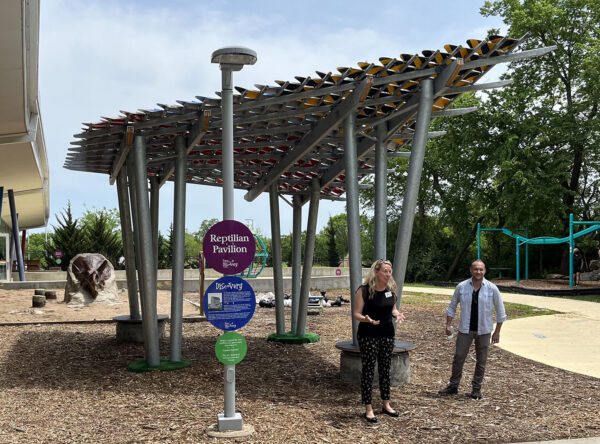 7 Resources for Talking to Kids About Racism

Oh Snow! Our Favorite Things to Do with Kids on a Snow Day