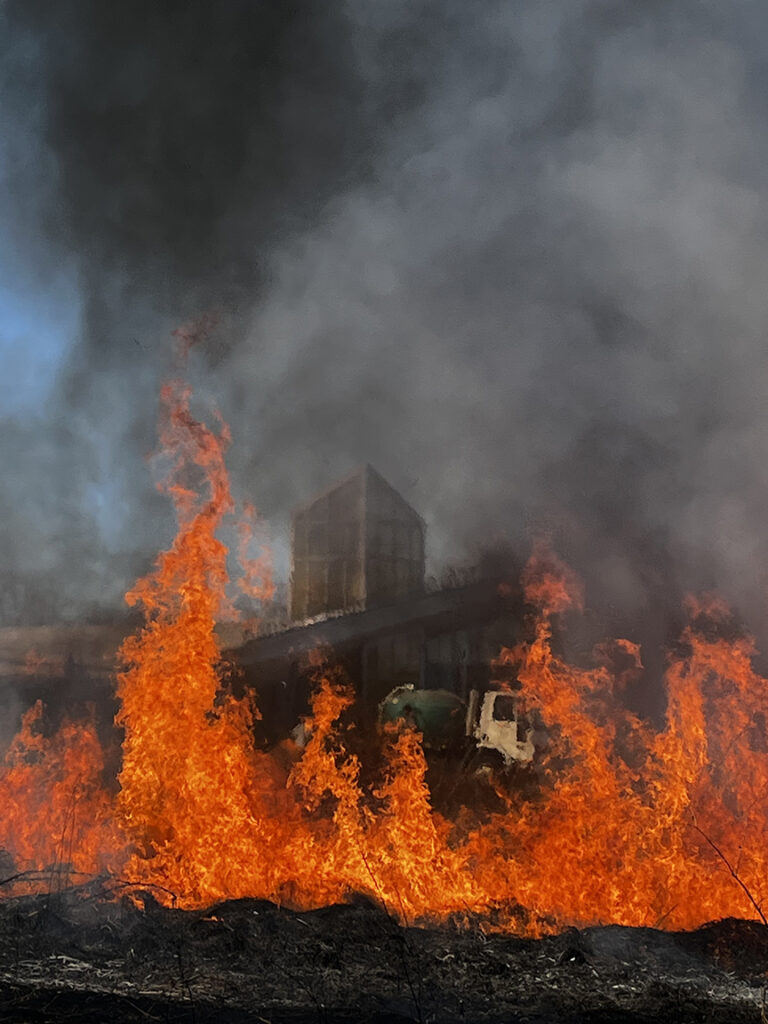 Burns are a natural process for helping control unwanted plant growth, called fuel, from invasive species such as bush honeysuckle or tree saplings, along with fertilizing the soil and promoting regeneration and species diversity. It also opens up space with the taller plants out of the way for sunlight to hit the smaller vegetation as it takes root. Some seeds only germinate under the presence of fire and other disturbances. The process is done once about every three years.

Loose trash that had been caught in the thick vegetation was removed and thrown away prior to the burn, as well. An unintended benefit of the prairie habitat is that it acts as a natural catch-all for loose trash, preventing it from blowing into neighboring areas and making it easier to collect. However, we ask that all patrons throw away any trash in one of two trash bins located in the parking lot prior to leaving to help keep the prairie looking beautiful.

The fire teams also lit the prairie grasses from the south against the prevailing northerly wind, a method called back burning that causes a slower, more manageable burn. 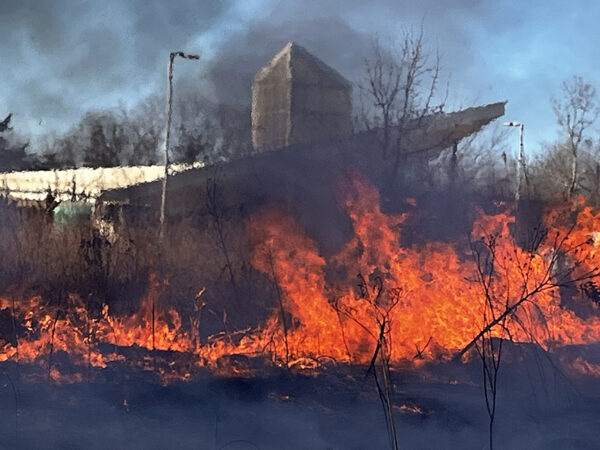 The Discovery Center's Prairie Team plans to add pollinator seeds and plants to the soil and expect to see more beautiful vegetation popping up again as early as this spring.

We want to thank Evergy, Shawnee County Parks + Recreation, Gage Park Police and Vivien Smith for their efforts in making the burn a safe and successful event.

More photos from the prescribed burn

7 Resources for Talking to Kids About Racism

Oh Snow! Our Favorite Things to Do with Kids on a Snow Day