Four-year-old Peyton Schmidt of Topeka and her grandmother, Kay Schmidt of Olpe visited the Kansas Children’s Discovery Center on February 4, 2020 and became the 700,000th visitor to the museum since it opened in 2011. The pair was surprised with a confetti celebration in their honor and a special gift for all of today’s visitors. 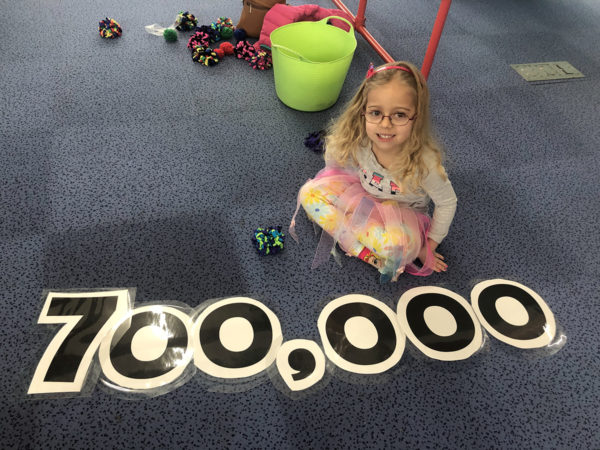 The Kansas Children’s Discovery Center is gaining prominence as a regional tourist attraction. Of the museum’s 97,989 visitors in 2019, 28.97 percent lived outside Shawnee County. Over 3,000 visitors came from outside Kansas in 2019, including five foreign countries. The museum hosted 41 visitors from outside the United States, from as far away as Germany. Since opening in 2011, the museum has hosted over 700,000 visitors from all 50 states and 23 countries. 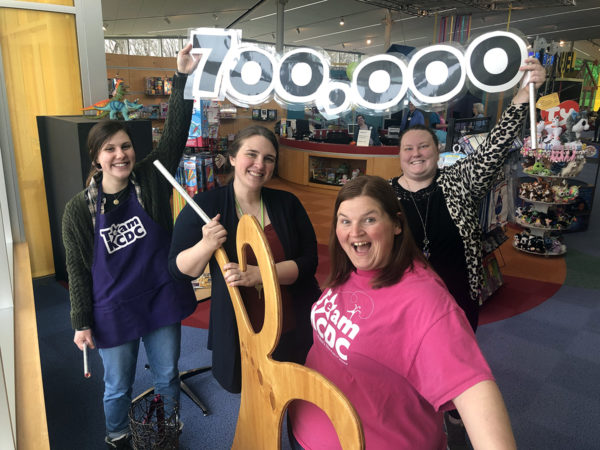 “Families around the midwest are coming to know the Discovery Center as a top family destination, an educational laboratory, and an advocate for children and families,“ explained president and CEO Dene’ Mosier, who has been with the museum since 2015, “the organization is always looking for new and exciting play experiences for children.” 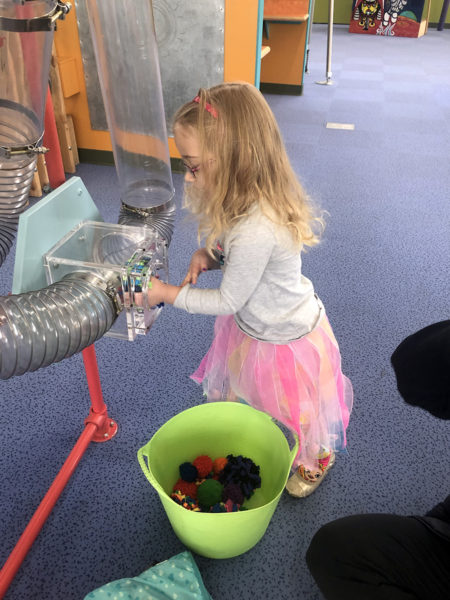 A number of factors contributed to the attendance increase in 2019. The museum hosted a LEGO exhibit in the spring, created an exhibition honoring the 50th anniversary of the Apollo Mission in the summer, and in the fall, brought a traveling exhibit exploring modern Kenya. The traveling Kenya’s Kids exhibit helped bring 25,134 visitors during its run. The museum also hosted over 8,000 field trip attendees in 2019.

Thank You, Blue Cross and Blue Shield of Kansas Volunteers!

In the News: Discovery Center and Briggs Partner to Serve Military Families

Check out 50+ free ways to entertain your kids in Topeka this summer!